Starting off the Byrdcliffe Festival of the Arts was the Open Studios event, which was held at the Artist-in-Residency Program. The visual artists and writers opened their studios, or the floor,  for readings and art viewings. What a great variety of artists we had this Session.

Below is Amanda Wong talking to visitors about the found objects/ garbage painted mountain she built in her studio. When asked what she was going to do next with her structure, everyone was shocked to hear Amanda say she was going to throw it out. “But it’s so awesome and beautiful!” 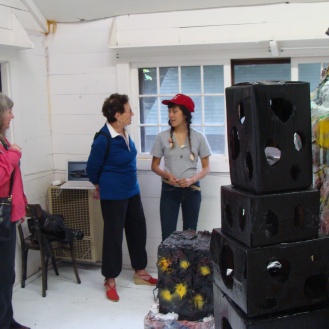 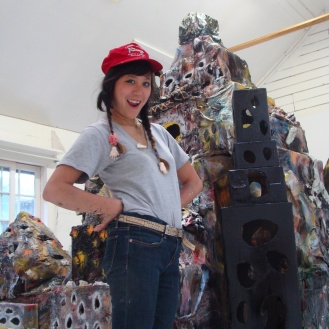 Here everyone is gathered in Melissa’s studio. During her residency, she had been diligently embroidering on dollar bills. These red embroidered bills were assembled into the shape of a tulip. Melissa had been doing all this by hand, and has more sewing to go. But we look forward to finished product and more flowers. 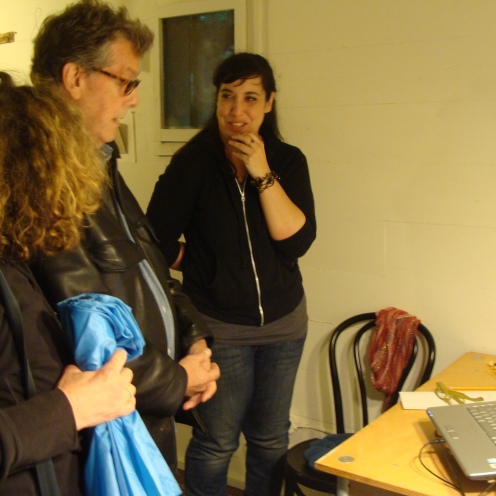 Katherine welcomed everyone into her landscape paradise. The surrounding area of Byrdcliffe and Woodstock were the inspiration for her work at the residency. She set up her easel outside to draw and paint from life, and she even worked late into the night in the studio.

For Session I the only ceramicist was Katie. Her studio in the Byrdcliffe Barn had been a place of experiments. She has a distinct style in both functional and sculptural ceramics. She opened with some lamps she designed.

Two of the writers read their work. David went first reading from two different pieces; one he had written here at his studio in White Pines while over looking a wedding on the lawn. 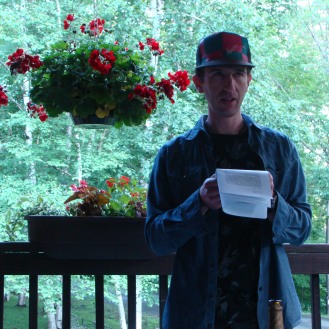 Two of the artists, Niv and Katie sat enthralled by David’s voice.
Next up was Ilan, a journalist and professor at Bard University, with a great sense of humor. He worked on two personal essays about his travels in the East and far East. The particular excerpt he read was about describing his surroundings and the people. Apparently there are many different hats.
=